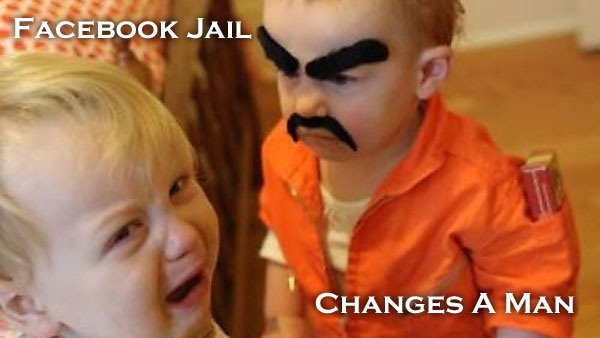 Hi Kids! Did you miss me?

Yep – I’m back. After 7 days in the Facebook Hooscow for violating Facebook’s policy on ‘hate speech’. Go figure.

Overall, I think Facebook and other social media sites, such as Twitter, Instagram, et al, need to tighten up a bit on their policies, and I approve of the action they are taking. I strongly agree with their newfound sense of responsibility and accountability. I feel that it is long overdue.

Just yesterday, Facebook removed a video posted on Donald Trump’s Facebook page in which he stated that children are less susceptible to Covid-19 that adults. This sort of misinformation is dangerous, and should be discouraged.

“This video includes false claims that a group of people is immune from COVID-19 which is a violation of our policies around harmful COVID misinformation,” Facebook said in a statement.

Bravo! Good for them!

However, where does one draw the line? How does one determine what is acceptable or unacceptable, and how do you write an algorithm that can interpret things in context? It’s not as simple as one would like to think. I understand that it is a complex issue, but I think that Facebook is missing the boat on this one.

As I stated, I was recently flagged and prevented from posting or ‘liking’ the posts of others for allegedly violating their ‘Community Standards’.

The problem here is that those standards are not clearly defined anywhere that folks would be made aware of them readily, and their action comes without warning or adequate method of redress.

Here’s how it went down in my case:

At 2:50AM last Wednesday, a good friend of mine posted “I hope you all die, of natural causes”.

Of course, wise ass me can’t resist, and without really thinking, I replied to his post with a quote stolen from Game of Thrones: “All Men Must Die”.

Innocuous enough, one would think. But no.

Within 10 minutes, I get a notification from the Facebook RoboCop informing me that I am blocked from posting or commenting for violating Facebook’s policy against hate speech.

So I appeal, and within seconds my appeal is denied, and I am locked out.

OK. Well – here’s the thing – there is no redress whatsoever.

No way to speak to an actual human being.

Just ‘you’re outta here’. You have to suck it up.

While I know that this is a ‘their house, their rules’ sort of thing, one can see much, much worse on a daily – or even an hourly basis. The inconsistency is mind-boggling.

Dipshit Donnie can post any lies he wants, some aboriginal cretin can threaten to come to your house and sodomize you, hell – you can even create a pedophile page, and get away with it.

Just a couple of days ago, a friend of mine flagged a page with questionable content regarding children, and posted about her outrage. Lots of folks, myself included, reported the page. Facebook actually claimed to have reviewed the page, and stated that the page did not violate any ‘standard’. (They later recanted after dozens of folks reported it). 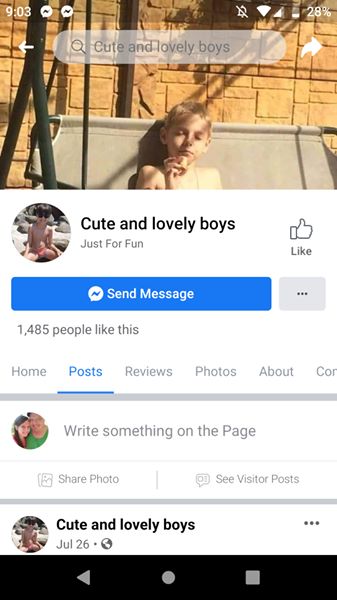 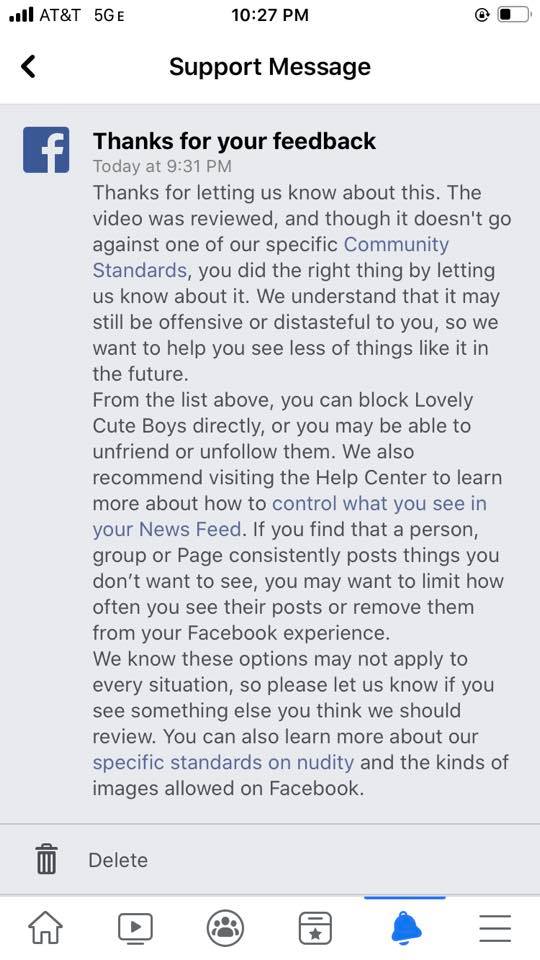 Short story: Facebook needs to get their shit together. They need to stop letting robots / algorithms handle this stuff and dedicate staff to monitor this stuff – or at least dedicate staff to handle appeals rather than letting algorithms handle it all, until they havfe worked out the bugs in the algorithm. The inconsistencies are not only frustrating, they are outright irresponsible.

As an aside: This past seven days showed me that perusing Facebook without being able to interact with others is no more than a really shitty television show with lots of really inane commercials. It really is a horrible waste of time and bandwidth.

Someone has to do it. 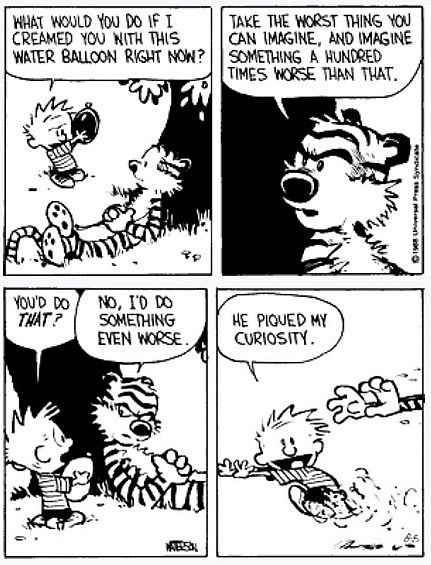