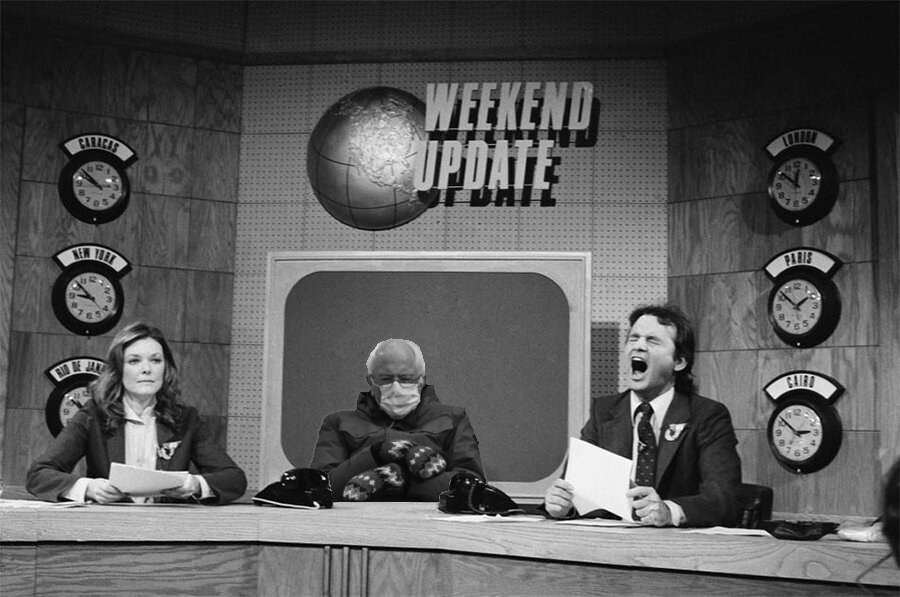 Happy New Year. Yeah – it has been a while. Sorry for not posting sooner. I started creating this update around Christmas and it just sort of sat simmering since. My apologies. The winds have not filled my sails very much of late, but that is hopefully about to change.

In some ways it seems that 2021 has said “Hold my beer!” to 2020. What a zany start! I hope that this first couple of weeks is not an indicator of ‘coming in like a lamb’, that cooler heads will ultimately prevail, and that things will start to settle out.

I think that whole Bernie meme thing was a great start to the sort of mind set we all need. It gave all sides something to chuckle about. I hope that mind set grows and carries through the days and months to come. There are a lot of issues, and they can not possibly be dealt with while a rock fight rages.

I’ve collected some of the Bernie memes here. I couldn’t keep up with them all, but there are a bunch of good ones. Check ’em out here:
https://mattlindi.com/gotta-love-bernie-sanders/

I’m really happy to announce that as of this writing, I have two – count them – two – radiation/chemo treatments left to endure. Overall, my south portal seems to have survived. My two biggest issues with radiation were fatigue and ‘the itch’. When I wasn’t sleeping, I constantly felt the urge to drag my butt across the carpet and make goofy doggy faces. Alas, there’s not much that one can do about fatigue, but fortunately, the nice doctor had some medication to take care of the itch.

The doctors say that I am responding amazingly well to these treatments. That makes me feel good about the whole ordeal. I’m scheduled to have a big nut hug with the oncologist on Feb 2 to summarize, and to lay out the strategy for the end game, which will involve one more round of surgery.

If all goes according to plan, I should be wrapped up with the whole cancer ordeal by March 21 – the vernal equinox and JS Bach’s birthday. That’s the goal anyway. Hopefully the Covid situation will be under control and the lingering neuropathy from the chemo will have abated enough so that I can get back to doing what I am most suited for – playing music and making people smile.

Got my fingers crossed. I desperately need to get back to work – as do so many others.

The eternal optimist in me is plowing forward. Come hell or high water I’m going to get out there as soon and as much as I possibly can. I have been practicing as much as I can, but again – the neuropathy makes it tough. I’m stubborn though. I even have some new songs and stories.

In the works already are two outdoor events, one in April and one in August. If the stars align just right it will even involve swapping some songs with some of my old cohorts from 20 and 30 years ago in a past life! I’m pretty excited about that possibility, so I don’t want to say anything prematurely and jynx the whole shebang.

Stay tuned to this space … 😀

I have found social media to be decreasingly valuable over the past several months. More information on that at here. I’m also finding that communication via social media in general lacks a certain personal warmth.

I have decided to pull back and reconfigure a little bit, starting by re-establishing a good old-fashioned email newsletter for sharing news and events. Sure, I’ll still post to social media. Maybe. If I think of it. For the most part, I will be using my web site and the whizzy new ‘Matt’s Museletter’ for the majority of the heavy lifting.

I hope that you will consider subscribing.

That’s about it from here. Bottom line: I’m stubbornly plodding through, no matter what.

Thanks for reading – and for your continued support and prayers. You have made this journey bearable. I could not have done it without you.

If you’d like to chip in and help keep the train rolling, I do have a tip jar set up on my web site for anyone who would like to subsidize an Uber fare? Or some banana nut muffins? (simple things)
Tip Jar

Of course hugs, love, and the occasional ‘hi how are you?’ are greatly appreciated. In fact, they make the road less bumpy. Please stay in touch!

Stay safe out there kids. Wear your masks, and hug telepathically.